Born in Punjab in 1939, and a long-time resident of the UK, Sohal’s work spans two cultures eloquently and with flair. As a British composer, he writes fluently in the Western idiom: as an Asian composer, he draws heavily on the insights of Indian philosophy.

He combines passion with technical brilliance to further his main purpose: the elevation of the human spirit. His music has been performed worldwide. In 1987 he was awarded a Padma Shri by the Indian government for his services to Western music. 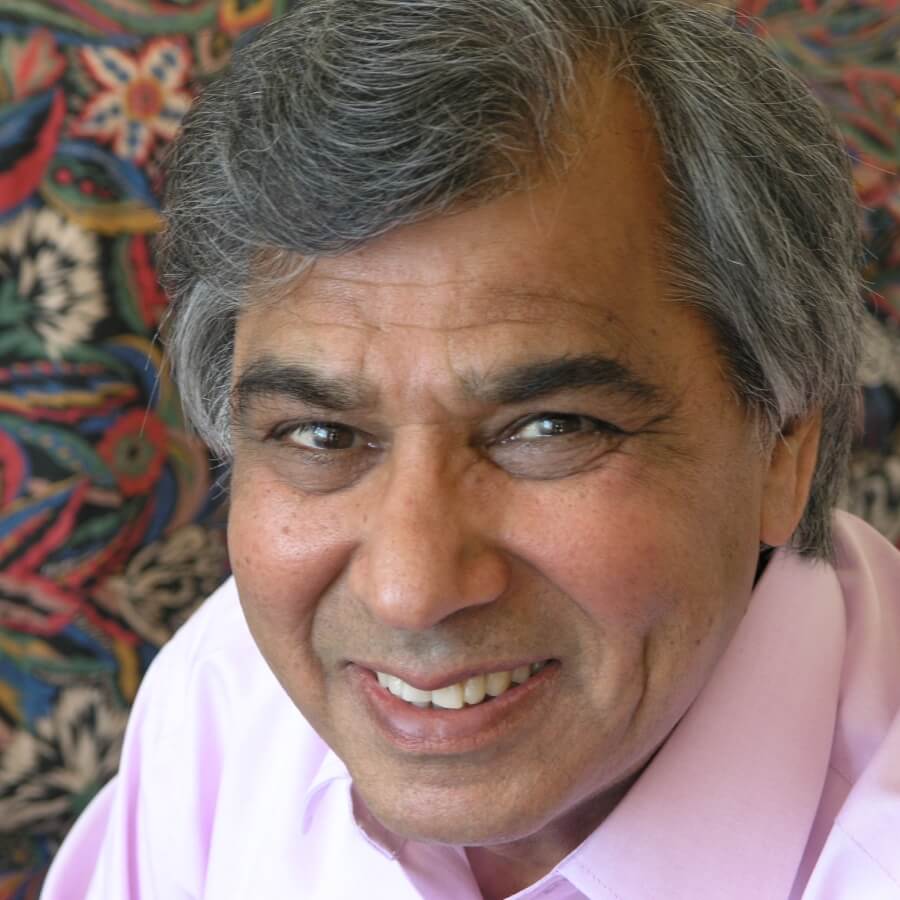 ‘This concert… also included a more primitive and exotic, and yet more directly accessible novelty by an Indian composer who should be watched. Naresh Sohal’s pungent and well-proportioned Aalaykhyam suggested a musical ear and imagination out of the ordinary.’

‘I was scheduled to conduct the first performance of Naresh Sohal’s Lila in October of ’96, but became ill and was unable to do so. Instead, I listened to the premiere in bed in hospital! I knew what to expect, of course, but even so the piece made an overwhelming impression on me, as it clearly did on the audience as well.

The shape of the work is relatively simple – a series of interconnected episodes each with its own distinctive character, some reaching massive climaxes, others whispering their message; what is remarkable, however, is the sense of inevitability in the progress from one idea to the next, culminating in the spiritually pure and elevated final section where the answering melismeta in voice and orchestra achieve a transcendence all too rarely found… I believe it is probably Sohal’s finest accomplishment to date.’

‘Naresh has had a great success with this work. It hangs together like a tapestry. It works absolutely as intended. And the musicians love it.’

WiseMusic Classical posts a special item featuring the work of the composer:...

The score and parts for Naresh's Concertino for 'Cello and Strings are now available from Composers Edition. Read all how this work came...

The Naresh Sohal Estate is pleased to announce that Composers Edition is taking on the responsibility for publishing Naresh's...